Paterson is the place that our first Secretary of the Treasury selected to launch what we have come to call the American Dream.  The young Alexander Hamilton arrived in New York from a Caribbean Island with no money but became one of the most respected leaders in our history.  Having witnessed the barbaric treatment of slaves in the Caribbean Islands, he was the most fervent anti-slavery advocate among the Founding Fathers.  Hamilton worked to create an economy based not on slavery but in freedom, rewarding not social status but hard work, and providing not discrimination against some but opportunities for all.

In Paterson, Hamilton implemented his deeply held belief in a meritocracy, embracing hard work and accomplishments.  Perhaps because Hamilton was born out of wedlock to a mother with very limited resources on the island of Nevis, he rejected cultural standards that rewarded the rich solely for the accident of familial, social status.

Hamilton worked to create an economy in Paterson driven by the labor of free men and women rather than slaves and a society that rewarded hard work rather than an inherited privilege.  He wrote about the advantages of the manufacturing that would begin in Paterson:

Additional employment to classes of the community not ordinarily engaged in the business.  The promoting of immigration from foreign countries.  The furnishing of greater scope for the diversity of talents and dispositions which discriminate men from each other.

Hamilton biographer Ron Chernow recently said, “President Obama could use this in his speeches verbatim.”

In contrast to the New England mill towns built by Boston’s wealthy elite, Paterson provided the very opportunities that Hamilton sought. The Paterson industries provided not only entry-level jobs but also gave poor immigrants a genuine opportunity to rise to the top of society.  The noted social historian Herbert Gutman systematically studied the leading mill owners in Paterson and concluded that “the rags-to-riches promise was not a mere myth in Paterson.”

Building upon the research from a series of articles in Scientific American in the middle of the nineteenth century, Gutman wrote:

Scientific American, groping for a simple sociological generalization about these men, praised Paterson’s early enterprisers in these words: “In the eastern states, flourishing cities have been built up by corporations of wealthy capitalists…In Paterson, it was different.  With few exceptions, almost every manufacturer started, financially, at zero, enlarging his establishment as the quicksilver expanded in his purse.” Scientific American was not guilty of mouthing abstract rhetoric or just putting forth a paean of traditional tribute to an invisible hero, the “self-made man.” Instead, it accurately described the successful locomotive, iron, and machinery manufacturers of the era, and what it wrote applied as well to a group in 1840 and 1880 as in 1859.

Continuing in the spirit of Hamilton’s strident anti-slavery views, Paterson became an important stop on the Underground Railroad in the 19th century. As one historian would write: “This town was a well recognized ‘station’ on the road by which runaway slaves from the South were helped on their way to Canada and freedom…[A]nti-slavery men in Paterson…were ready to take great risks to aid the fugitives in their flight toward the North star.” Frederick Douglass escaped through Paterson in 1859 as he fled north when suspected of complicity in John Brown’s raid. 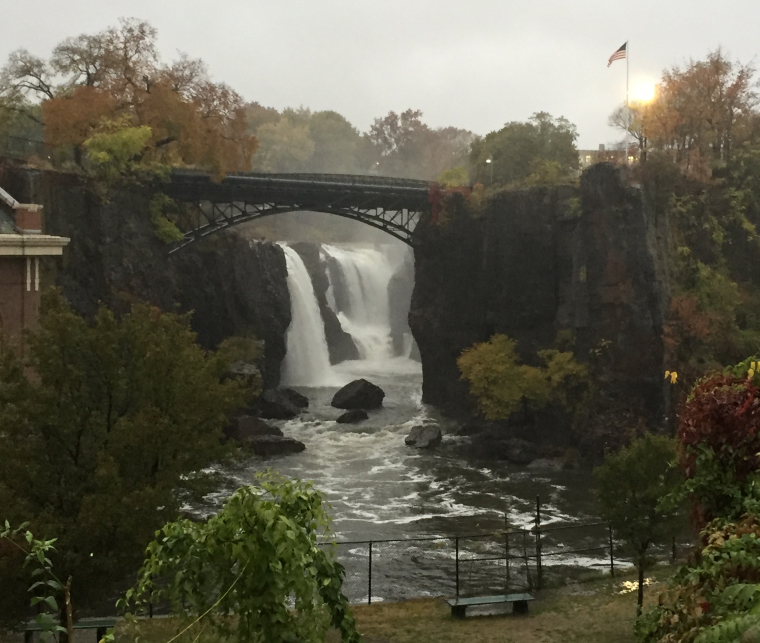