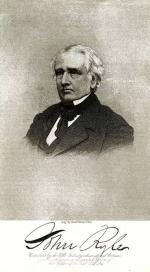 Hamilton wanted America to use one or more of Paterson’s diverse industries to make the Nation a leader in the international trade of manufactured goods.  In the Federalist Papers, Hamilton observes, “The variety, not less than the value, of products for exportation contributes to the activity of foreign commerce.”

As part of the careful analysis Hamilton undertook for the Report on Manufactures, he focused not only on goods for domestic consumption but also sought comprehensive information on international trade involving Europe and China.  The Treasury Secretary received many very detailed responses, including one from America’s former Vice-Consul in Canton, China, describing the trading ships and their cargoes passing through the Canton harbor.  In his Report on Manufactures, Hamilton identified silk production as an important product for American industry.

Silk holds a very special place in history.  Paterson’s central role in silk manufacturing formed a connection between America and the Asian, Middle Eastern, and European cultures that also cherished silk.  As Richard Kurin of the Smithsonian Institution explains, “Silk both epitomized and played a major role in the early development of what we now characterize as a global economic and cultural system.”

In the late nineteenth century, historians began to describe the old routes of the global trade of silk as the “Silk Road.”  In recent years, historians at the Smithsonian and universities around the world have expanded the traditional view of the Silk Road and have recognized that the historical connection between East and West exists to this day.

In 1998, the cellist Yo-Yo Ma created the Silk Road Project, celebrating how people shared art and music along the modern Silk Road and promoting continuing cultural collaboration between Asia, Europe, and the Americas.  The Aga Khan, Imam of the Shia Imami Ismaili Muslims and direct descendant of Muhammad, has contributed generously to the Silk Road Project, particularly in the Muslim nations.

The Silk Road has extended to the United States and, since the tragic events of September 11, understanding that connection clearly has become more important.  There is no better time, then, to learn more about the roots of this vital connection and to celebrate the long-standing relationships that have existed between east and west and north and south. 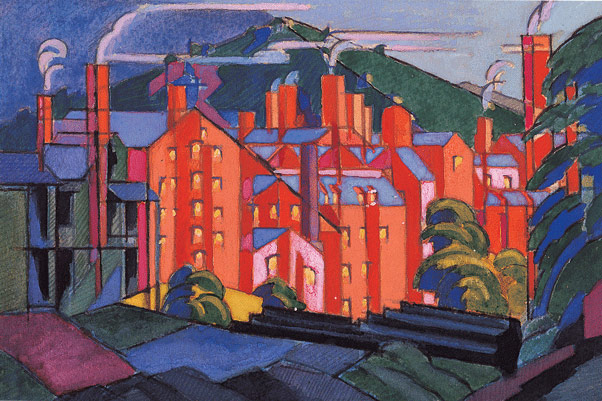 Oscar Bluemner painted a number of extraordinary paintings of Paterson during the early 20th century.